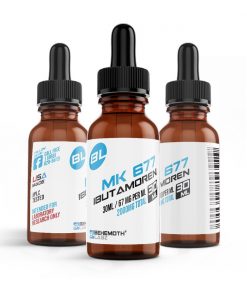 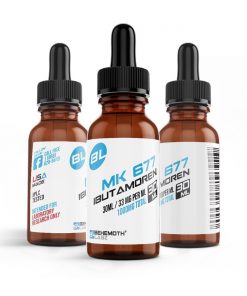 MK 677, or Ibutamoren, promotes the secretion of growth hormone (GH) and increases the release of insulin-like growth factor 1 (IGF-1). In a study with 65 older adults, daily MK 677 treatment increased GH and IGF-1 levels to those of healthy young adults without severe side effects.

Behemoth Labz sells MK 677 for laboratory research use only.

Ibutamoren, otherwise known as MK-677, is a growth hormone secretagogue initially developed to treat children with a GH deficiency.

In research it was shown to increase growth hormone, and seemed to have a positive effect on muscle mass, bone density, and sleep quality. [R]

MK 677 has also been shown to increase IGF binding protein 3 (IGFBP-3) concentrations in healthy older adults and GH-deficient adults. Aside from that, clinical studies have established that this GH secretagogue improves body composition and metabolism in older adults. [R]

MK 677 increases the growth hormone release by mimicking the action of ghrelin and binding one of the brain’s ghrelin receptors. Ghrelin is another GH secretagogue and is found in brain regions that control memory, cognition, pleasure, biological rhythms, appetite, and mood.

Ibutamoren has been found to be specific in its release of GH without significant effects on aldosterone, luteinizing hormone, and prolactin. This research chemical also raises GH levels without affecting the release of cortisol, a hormone that impairs learning and memory. [R]

While MK 677 is yet to be approved by the FDA, multiple human studies and clinical trials have highlighted its potential. This GH secretagogue has been shown to increase GH and IGF-1 levels, reverse diet-induced catabolism, and increase bone density over the long term.

Ibutamoren has also been shown to have positive effects on longevity. Aside from that, pediatric trials have demonstrated MK 677’s ability to combat GH deficiency (GHD). Finally, in a limited scale study, MK 677 improved sleep quality and REM sleep duration.

A third placebo-controlled trial produced similar results. It found that mean fat-free mass increased in the MK-677 group but decreased in the placebo group. The MK 677 group also experienced a 2.7 kg increase in body weight and a decrease in LDL cholesterol. [R]

Muscle wasting is a condition in which patients may lose up to 40% of their muscles as they age. It is often, if not always, followed by a reduction in muscle strength. Malnutrition, age, genetics, and lack of physical activity are a few possible causes of muscle wasting. [R][R]

In a double-blind, placebo-controlled study, MK 677 reversed diet-induced protein catabolism in eight healthy volunteers (ages 24 – 39). If these effects are maintained in patients who are catabolic because of diseases, MK 677 may be useful in treating catabolic conditions. [R]

GH deficiency (GHD) is a condition caused by insufficient GH amounts in the body. A person with GHD may have to deal with decreased sexual function and interest, greater sensitivity to heat and cold, and a higher level of body fat around the waist area. [R]

In a clinical trial involving children with (GHD), MK 677 elicited greater GH responses than standard GH secretagogues. Results from the trial show that the difference between responses was greatest in subjects with higher GH and IGF-1 responses to standard GH stimuli. [R]

MK 677 had a similar effect on GH-deficient men. This study also found that the response to MK 677 treatment was greater in subjects who were the least GH deficient at baseline. Oral administration of MK 677 could thus be a potential treatment of GHD in childhood. [R]

Another trial showed that daily dosing with MK 677 increased markers of bone turnover in healthy and functionally impaired elderly adults. It was shown that the elevations in biochemical markers of bone resorption and formation were behind the increase in bone turnover. [R]

Similar results were observed in healthy obese young males (19 – 49 years). A two-week Ibutamoren treatment was associated with a significant increase in markers of bone resorption and formation. The increase in markers was sustained at the study’s conclusion. (8 weeks). [R]

Sarcopenia is the age-related progressive loss of muscle mass and strength. It leads to frailty and is associated with increased mortality in the elderly. A study of older adults with a median age of 85 found mortality in the sarcopenia group at 29%. [R][R]

In one of the above clinical trials, MK 677 counteracted three factors contributing to sarcopenia’s development. These factors include the age-related reduced secretion of GH, loss of fat-free mass (FFM) and inadequate food intake/poor food appetite. [R]

A separate study was conducted to determine the safety and efficacy of MK-677 treatment in sarcopenia in frail elderly women. It was determined that patients receiving Ibutamoren showed a statistically significant increase in lean body mass from baseline at month 6. [R]

According to a small-scale clinical trial, prolonged oral treatment with MK-677 improves sleep quality in men. In younger and older adults, MK-677 treatment was associated with a 20% and 50% increase in REM sleep compared to placebo, respectively. [R]

Aside from that, MK-677 treatment resulted in an approximately 50% increase in the duration of stage IV sleep in young patients. In addition, the frequency of deviations from normal sleep decreased from 42% under placebo to 8% under high-dose MK-677 treatment.

Behemoth Labz sells MK 677 for laboratory research use only.

No. MK-677 is not a selective androgen receptor modulator (SARM).

MK 677 is a human growth hormone secretagogue that works by binding to one of the ghrelin receptors in the brain. In contrast, selective androgen receptor modulators bind to androgen receptors and impact natural androgen production in the human body.

Behemoth Labz is the best place to buy MK 677 online.

We have been around since 2014, supplying the highest-quality research compounds money can buy. All of our products come with a 100% satisfaction guarantee, free shipping, and a money-back guarantee. We carry MK-677 liquid and MK-677 capsules.

MK-677 has been proven to increase growth hormone levels and IGF-1 production.

Various clinical trials have shown that MK-677 affects body composition, prevents muscle wasting and treats growth hormones deficiency (GHD) in clinical trials. This ghrelin-mimetic has also been found to counteract factors that lead to the development of sarcopenia.

ATTENTION: All Behemoth Labz products are strictly for LABORATORY AND RESEARCH PURPOSES ONLY. They are not to be used for any human and veterinary purposes. 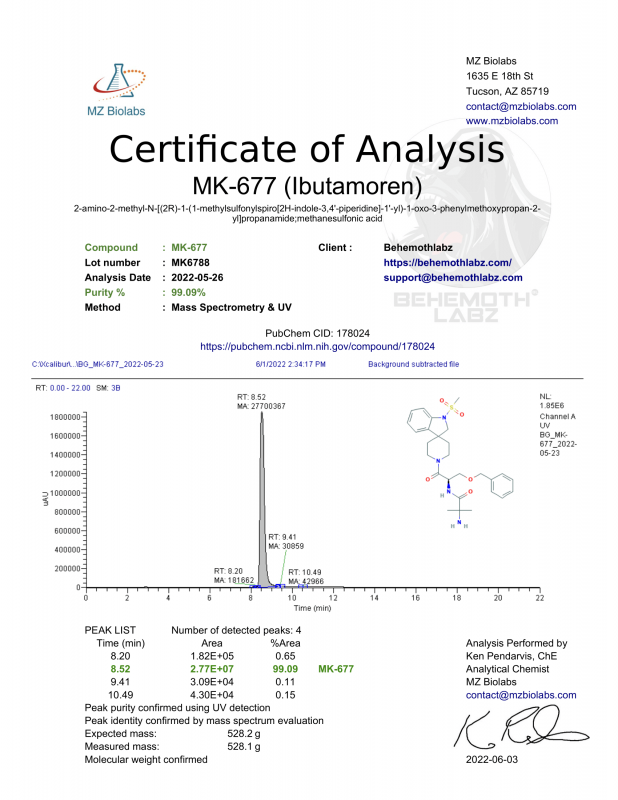 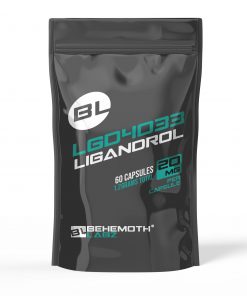 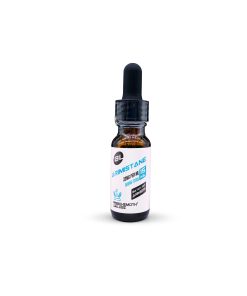 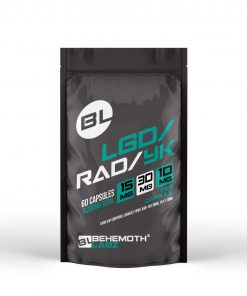 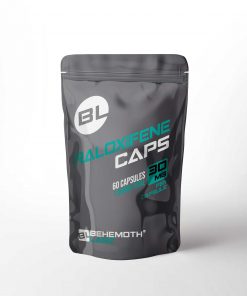 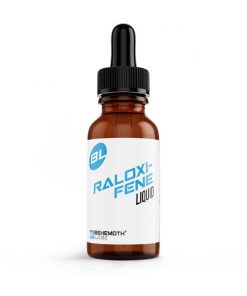